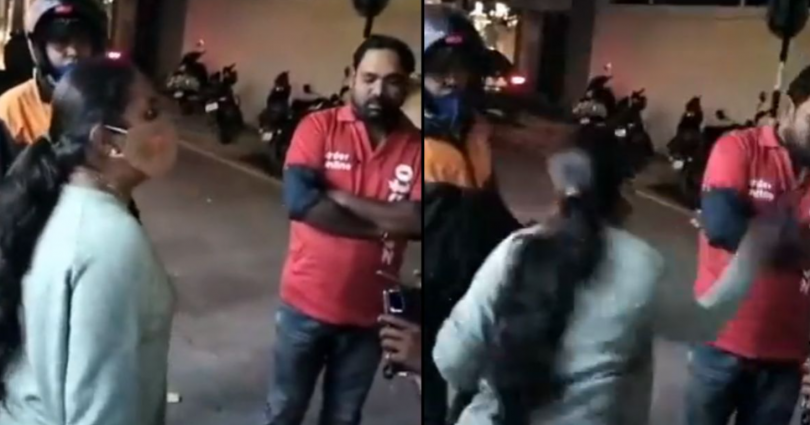 A viral video shows a lady thrashing a Zomato food delivery employee as he is heading to deliver an order. In the footage, the woman can be seen continuously hitting the delivery person with her shoe.

A Twitter user named dj posted the video. He stated that the delivery partner was carrying his order when a bystander recorded the incident. The caption read, “Some woman took his order and began hitting him with her footwear.” The delivery partner was “terrified of losing his job,” it was further alleged. On August 16, the user posted the video, although he or she did not identify the location of the occurrence.

The person said on Twitter that he tried to get in touch with Zomato customer support after learning about the incident.