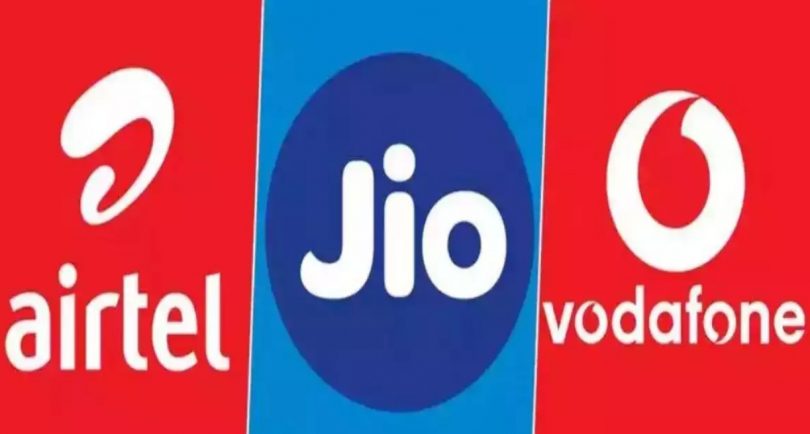 For the 16th consecutive month, Vodafone Idea continued to lose money as the telecom provider lost more customers. According to the Telecom Regulatory Authority of India’s monthly subscriber figures, the telecom provider lost more than 35 lakh members in October (TRAI).
Reliance Jio, meanwhile, maintained its leadership position and gained more than 14.1 lakh users in the month. The number of users increased to 42.13 Cr.
Airtel maintained its second-place ranking by gaining 8.05 lakh new subscribers in October. Total subscribers for the Sunil Mittal-led business were 36.5 Cr.
In the month under review, the government-run Bharat Sanchar Nigam Limited lost 5.19 lakh users, while its sister company Mahanagar Telephone Nigam Limited lost more than 3,591 members.
The highest monthly increases in wireless subscribers occurred in Mumbai, Assam, and Delhi.
Airtel came in second with 31.92% of the market share, trailing Reliance Jio (36.5%) in first place.
At the end of October, the overall tele-density was 84.69%, down from 84.86% at the end of September. The entire rural tele-density in October was 58.01%, while the total urban tele-density lingered about 134.08%. During the month under review, telecom providers also recorded 11.81 Mn requests for mobile number portability (MNP).

Since its inauguration in October, 5G services in India have been expanded to 50 locations nationwide, according to Communications Minister Ashwini Vaishnaw.
The attrition rate in the sector allegedly stood at 12.05% in the quarter between October and December as the rollout gains momentum. The telecoms are anticipated to recruit more people from related industries to support their expansion and growth ambitions because the industry is forecast to see increased attrition in the upcoming months.
The recently announced draught Telecommunications Bill, 2022, which seeks to bring in a new age of rules and norms for India’s communications business, is another factor causing changes in the area.