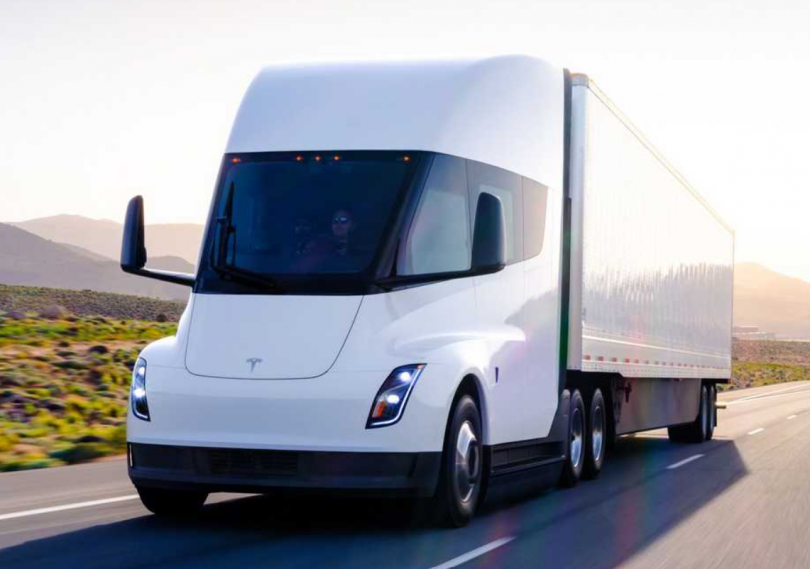 Five years after CEO Elon Musk initially unveiled the commercial vehicle, Tesla delivered the first production prototypes of its long-delayed electric semi-truck on Thursday evening. Pepsi received the first Tesla Semi trucks during a ceremony at the business gigafactory in Sparks, Nevada. When the Tesla Semi was first shown in December 2017, Pepsi placed an order for 100 vehicles. Anheuser-Busch, Walmart, and UPS are some additional well-known clients on the waiting list.

Tesla announced in 2017 that its cutting-edge driver assistance technology, Autopilot, would be available on the Tesla Semi. At the event on Thursday, neither Musk nor Dan Priestley, senior manager of Tesla Semi Engineering, highlighted any automated truck features or talked about where the cameras would need to be installed in order for Autopilot to “see.”

Tesla did, however, honour a number of its other 2017 commitments. For instance, while fully loaded and travelling at 65 mph five years ago, Tesla claimed that its Semi will be able to go 500 miles on a single battery charge.

The Semi depends on a “tri-motor system” and utilises the same powerplant as the Plaid Model S and Model X. According to Priestley, this implies that one of the motors is always engaged for maximum efficiency and the other two are for torque and acceleration, which may be useful if a driver was entering a loading dock or attempting to pass another truck.

“It can basically pull 82,000 pounds at cruise, and the only thing that’s doing it is a tiny little motor on one axle, We get to the bottom of the hill, and we have cold brakes,” said Musk. “That’s like mind blowing in the trucking world.”

As was previously stated, the truck’s interior cab is constructed with the seat in the centre. Priestley claimed that because the cab is designed with storage room for tools and charging ports, drivers will be able to stand up and change clothes inside of it.

“You’ve got efficiency in every aspect of the vehicle. There’s one touch suspension dump so it gets very easy to attach to the trailer. It saves time and money,” said Musk.

“Really we’re trying to extend the idea of this efficiency from not just while you’re on the road, but into the yard, as well. So before and after the truck has done its job on the road,” said Priestley.

“We’re coming off of a great launching pad with everything that’s done in the rest of our products already,” said Priestley. “It’s also enabled because Tesla’s got this whole vertical integration on the software and the hardware side, so the teams are working together to put all that together into one package. This is a huge win for all of our products, but particularly Semi.”