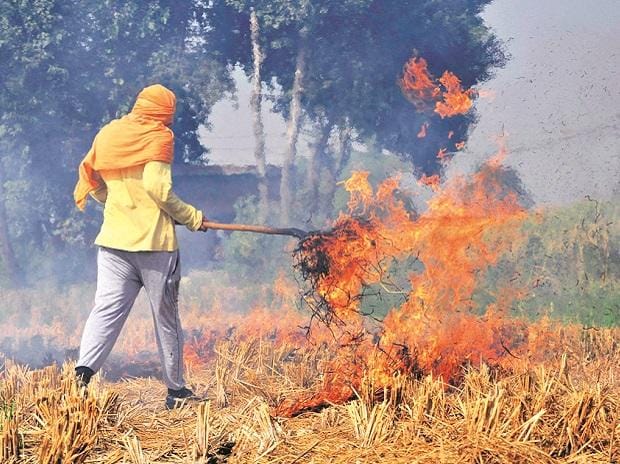 Fires in farmlands in Punjab has seen a rise over the last few years and is said to be the highest since 2016. Data from SAFAR, accessed by HT, gives an indication that the contribution of farm-fires to PM2.5 levels in Delhi has ranged from 6% to 48% in November. This again stretch that on an average, this comes to 23% although the contribution of farm fires to Delhi’s PM2.5 levels has come down in the last few weeks.

Member Secretary of Punjab Pollution Control Board (PPCB), K.Garg stated that the fire count this year has been lower than the last year. Anumita Roy Chowdhury, Executive Director of Research and Advocacy the Centre of Science and Environment (CSE) said that though their has been a spike in numbers in Nov-Dec 2021, it is however difficult to predict the situation in the coming times.

Business Standard reports “A drastic reduction has been recorded in effective stubble fire counts (268) in Haryana and Punjab during the first week in Nov after touching a peak value of 3,178 on October 31. The share of stubble fires in Delhi’s PM2.5 pollution now predicted to drop down significantly to 17 per cent today owing to reduction in fire counts and change in upper wind direction to northerly.”