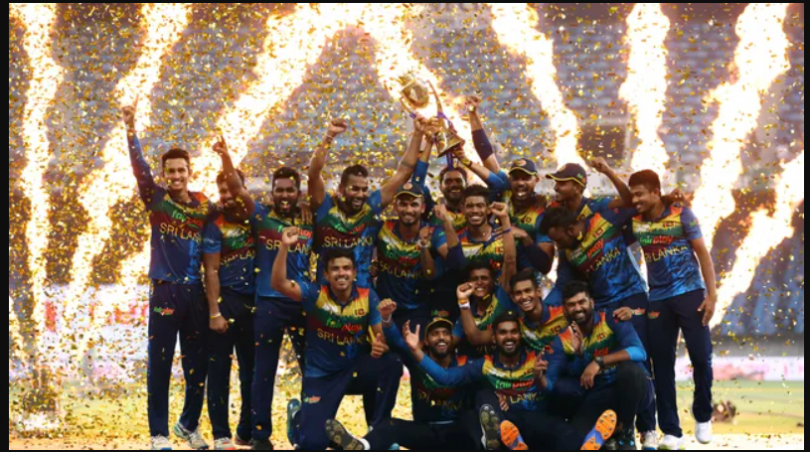 When Sri Lanka won the Asia Cup tournament in Dubai’s shortest form of cricket for the sixth time, it erupted into spontaneous celebrations.

Prior to the T20 World Cup, captain Dasun Shanaka hailed Sunday’s Asia Cup victory as a “true turnaround” for Sri Lankan cricket and dedicated it to the crisis-hit nation.

Bhanuka Rajapaksa produced an unbeaten 71 in the championship game as Sri Lanka defeated Pakistan by 23 runs, with Wanindu Hasaranga shining with both bat and ball.

At Galle Face promenade in the capital, where the competition was shown live on a huge screen, fans danced, cars honked, and firecrackers ignited.

One of the first people to congratulate the national team was Ranil Wickremesinghe, The President of Sri lanka. “Congratulations to the Sri Lankan cricket team on winning the Asia Cup 2022. Well played Pakistan! The second championship for today. Goes to show that, with dedication and determination we can overcome challenges as a nation. Onwards and upwards Sri Lanka!” he said on Twitter.