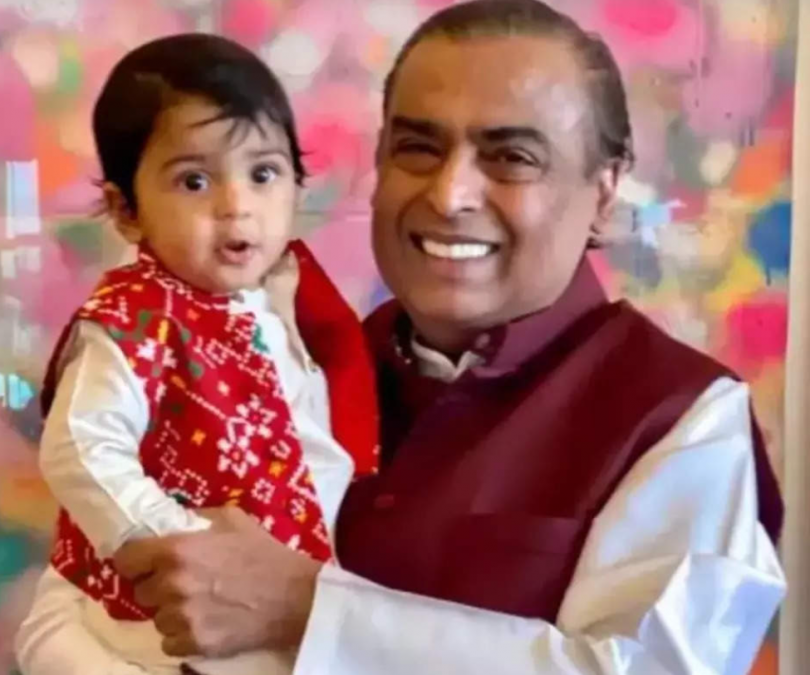 In 2019, Akash Ambani married Shloka Mehta and some time later they welcomed a baby boy into their lives. The grandson of the richest person in India was named Prithvi Ambani.

Mukesh Ambani’s grandson is now all set to start his academics. During his first public appearance, the one-year-and-three-month-old was accompanied by his parents – Shloka Mehta and Akash Ambani. They dropped him off at the school gates, and later picked him up.

A source at the school stated that Prithvi’s parents wanted a safe environment for their son. The Ambanis ensured tight security with a discrete staff. While Prithvi is in school, security personnel will be present in civil dress and would be spread across the school premises.

The school said it will treat the Ambani grandchild like any other child studying there. Prithvi joined his friends for half a day on Tuesday, as an introduction to school life. “The family is extremely determined to enable Prithvi to lead a normal life, as hard as it can get, being at the centre of national and international fascination”, said the source.