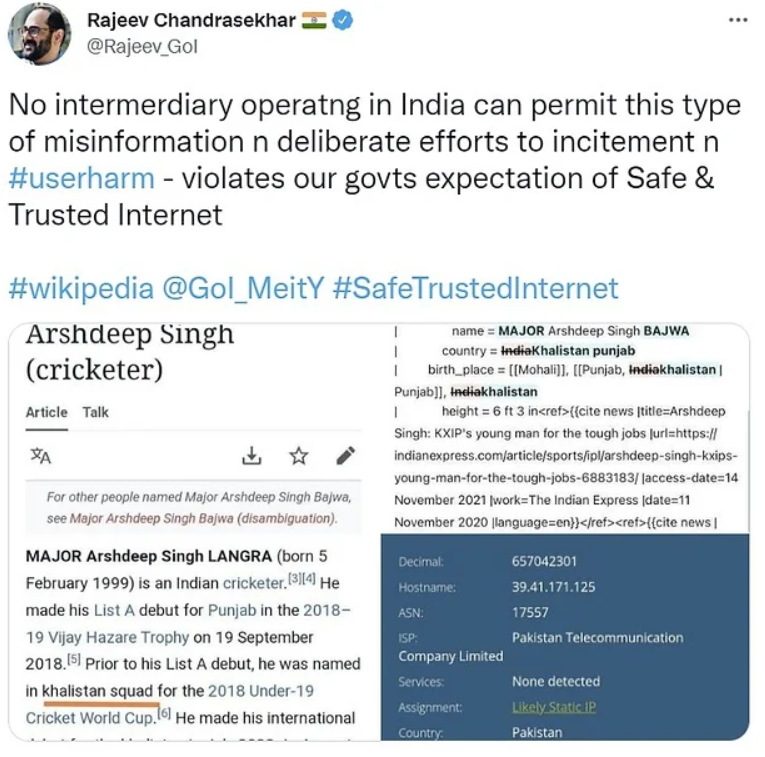 The bogus content on cricketer Arshdeep Singh’s Wikipedia page has drawn the attention of the Ministry of Electronics and Information Technology (MeitY). According to reports, the government has summoned Wikipedia officials in India to ask them how the cricketer’s page entry came to be associated with “Khalistan.”

A high-level group will meet with Wikipedia executives, to address a number of topics, including the checks and balances for updates that are permitted on the website. Alkesh Kumar Sharma, the IT secretary, is likely to serve as the panel’s chair.

The government will question Wikipedia executives on how such edit was left to remain active for so long.

The issue was also brought up by Rajeev Chandrasekhar, the Minister of State for Electronics and Technology.

Singh, a fast bowler for the Indian cricket team, received harsh criticism on Twitter after he let a catch slip during a game India lost on Sunday against Pakistan in the ongoing Asia Cup. His Wikipedia entry was modified after that. According to the text on the page, Singh had been selected to represent the “Khalistani national cricket squad.”