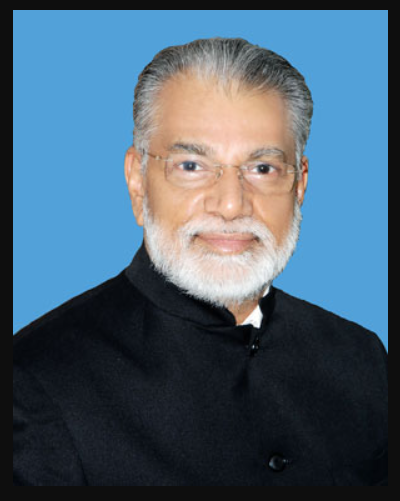 Dr. Koppillil Radhakrishnan (Former Chairman of Space Commission, Secretary of Department of Space and Chairman of ISRO) has been; an astute Institution-builder with a strategic vision; an able and diligent administrator; a dynamic and result-oriented manager; and an inspiring leader credited with nurturing leadership in the younger generation.
An Electrical Engineering graduate from Kerala University (1970), Radhakrishnan was inducted into ISRO’s Vikram Sarabhai Space Centre (VSSC) in 1971 as an Avionics design and development engineer. After completing PGDM at Indian Institute of Management, Bangalore (1974-76), he held key roles at VSSC and ISRO HQ for system planning and technology management for avionics systems of SLV-3, ASLV and PSLV, space economics and space applications. Notably, during 1987-97, he held concurrent roles of Director of Budget & Economic Analysis for ISRO and Project Director/Director of five Regional Remote Sensing Centres. Later, at the National Remote Sensing Agency (NRSA), he headed a national mission on spatial data base for sustainable development of land and water resources. Radhakrishnan obtained his PhD from the Department of Industrial Engineering and Management, IIT Kharagpur in 2000 for the thesis ‘Some Strategies for the Management of Indian Earth Observation System’.
As the Chief of ISRO, Dr. Radhakrishnan has spearheaded “Team ISRO,” executing 31 space missions since Nov 2009, an unprecedented accomplishment in its history. In this endeavour, India’s space capabilities for satellite navigation, strategic communications, microwave radar imaging and tropical climate studies have been established and strengthened, in addition to ensuring continuity and capacity for operational space services. In addition to 10 consecutive successful PSLV missions during 2010-2014, the efforts towards a reliable GSLV with Indian Cryogenic Engine & Stage achieved a great success on January 5, 2014, a landmark in the technological progression of the country. Under his leadership, India’s first planetary exploration–the Mars Orbiter Mission–was conceived, planned and executed. A clear programmatic direction to the year 2020 has been strategized to focus India’s needs and aspirations in all areas of the Indian Space Programme.
His contributions over the last 43 years in the domain of space engineering and applications have strengthened India’s strategic capability in space, the technological development of the country and its people, while enhancing the stature of India in the international arena.