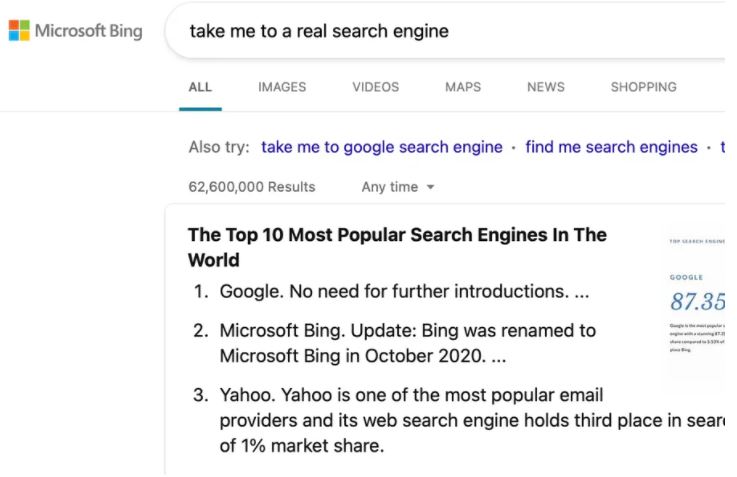 “Google” is the most searched term on Bing “by far,” according to a lawyer working for Google’s parent company, Alphabet. According to Bloomberg, Google made the argument while trying to get its $5 billion antitrust fine from the EU overturned, using the statistic as evidence that people use Google by choice, not force.

The fine Google faces is from the European Commission, which says that Google has abused its position as the maker of Android. The regulator says that Google will have to stop forcing handset makers to pre-install Chrome and Google search if they want to have Android. Google’s argument? That most people would just use its search engine anyway.

According to statistics compiled by SEO company Ahrefs, “google” is indeed the top searched term on Bing worldwide. It’s followed by “youtube,” “facebook,” “gmail,” and “amazon,” but it beats the runner-up by around 5 million searches. Looking at data for just the US, Facebook is number one, with Google being number three. At first glance, it does seem like people are using Microsoft’s search engine to get to Google’s.