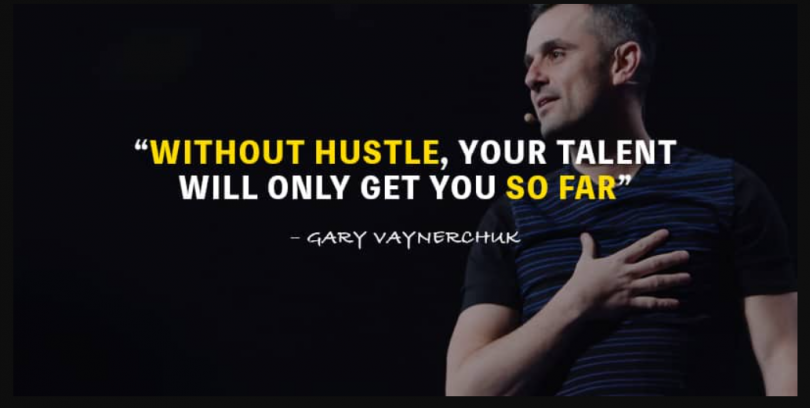 Gary Vaynerchuk is a successful entrepreneur who now spends a lot of his time giving inspirational speeches, making videos for YouTube, and tweeting motivational messages. Who is Gary Vaynerchuk? Let’s have a look at his achievements and the inspirational words he shares with all of us. He is a larger-than-life character who has established a series of successful businesses. He was born in 1975 in the town of Babruysk in what was then the Soviet Union but is now part of Belarus. His family left for the USA in 1978, and his father established a wine store in Springfield, New Jersey. Gary showed himself to be a natural entrepreneur as a youngster, running a lemonade stand and trading in baseball cards.
Gary’s opinions are aimed at the business community, but there is much in what he says that can be applied just as effectively to your life. One of the views he holds is that no-one should ever ignore opportunities for publicity. He emphasizes the importance of social media in marketing, and this can apply to you as well. Use social media to make connections. The more people you know and speak to, the better your chance of meeting those who can help you succeed.

Few of his sayings are:
• “Like, it’s really a little weird now that I think about it. I actually say things that have been said forever. I just don’t actually know the right way to say it. So I came up with my own way to say it. And I think it’s that freshness.”
• “I say things I mean. I think a lot of people try to build motivation accounts and tweak things or put things on Instagram that they’ve seen on another motivation page. There’s a lot of sayings that I know are good sayings, but I don’t say them because I don’t believe in that. It’s not that they’re not wrong. I just haven’t lived it. I talk about shit I’ve lived.”
• “Like ‘being the bigger person’ you know … I didn’t make up that quote, but I don’t think it was that out there. I think there’s a freshness [in my quotes] because of a lack of knowing the classic way to say it. And I think there’s an unbelievable amount of oomph behind it because I fucking believe my shit.”
• “I believe my shit. And I think people have a sixth sense [for that].”