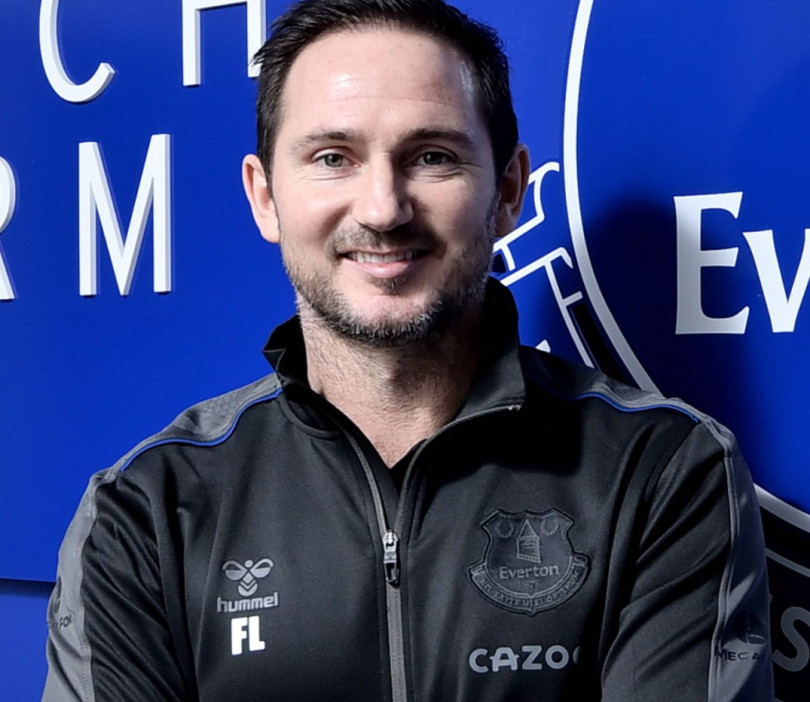 New Everton manager Frank Lampard says he is convinced there is “huge talent” within the squad he has inherited, adding he would not have taken charge of the struggling side if he didn’t believe he was the man to harness that quality.
Lampard replaced Rafael Benitez as the Toffees’ manager on Monday, with his immediate task being to guide the club away from their present position of 16th in the Premier League.
Benitez was sacked last month on the back of just one win in 14 top-flight games, but Lampard believes that, rather than a lack of quality, the Everton squad is being held back by a lack of confidence.
Lampard is quickly gaining an “intimate insight” into the Club and insists his long-term aim is wholly aligned with the “giant desire” of Everton’s hierarchy to deliver success to Goodison.
The team’s current position nonetheless demands the temporary parking of thoughts of competing towards the summit – while Lampard and his newly-assembled backroom staff set about injecting energy and confidence into a side the new boss maintains is loaded with potential.
“In the short-term, the job is to improve our league position and we have a squad that can get better quickly,” said Lampard, speaking to the media for the first time as Everton manager on Thursday.
“It starts with work on the training ground and the mindset of the group.