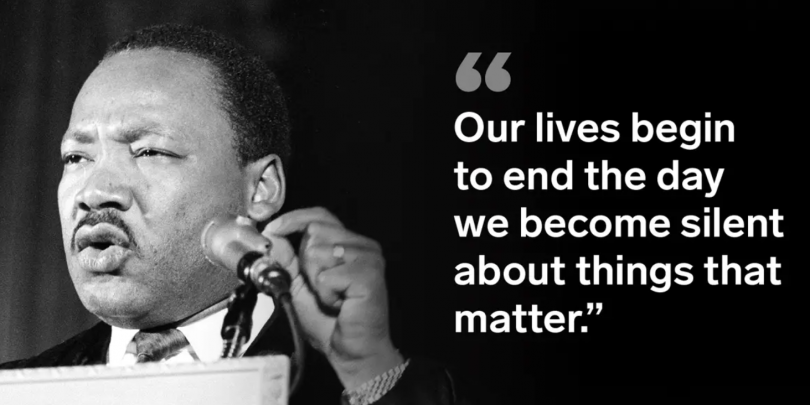 From quotes on forgiveness to the struggle for racial justice, Martin Luther King Jr.’s words have continued to resonate with audiences, decades later.
Martin Luther King Jr. was a Baptist minister and civil-rights activist who had a seismic impact on race relations in the United States, beginning in the mid-1950s.
Among his many efforts, King headed the Southern Christian Leadership Conference (SCLC). Through his activism and inspirational speeches, he played a pivotal role in ending the legal segregation of African American citizens in the United States, as well as the creation of the Civil Rights Act of 1964 and the Voting Rights Act of 1965.
King won the Nobel Peace Prize in 1964, among several other honors. He continues to be remembered as one of the most influential and inspirational African American leaders in history.

Famous Martin Luther King jr. quotes are:
• “The time is always right to do what is right.”
• “Darkness cannot drive out darkness; only light can do that. …
• “Injustice anywhere is a threat to justice everywhere.”
• “Our lives begin to end the day we become silent about things that matter.”
• “I have decided to stick with love. Hate is too great a burden to bear.”
• “Faith is taking the first step even when you don’t see the whole staircase.”
• “Forgiveness is not an occasional act; it is a constant attitude.”
• “Life’s most persistent and urgent question is, ‘What are you doing for others?”