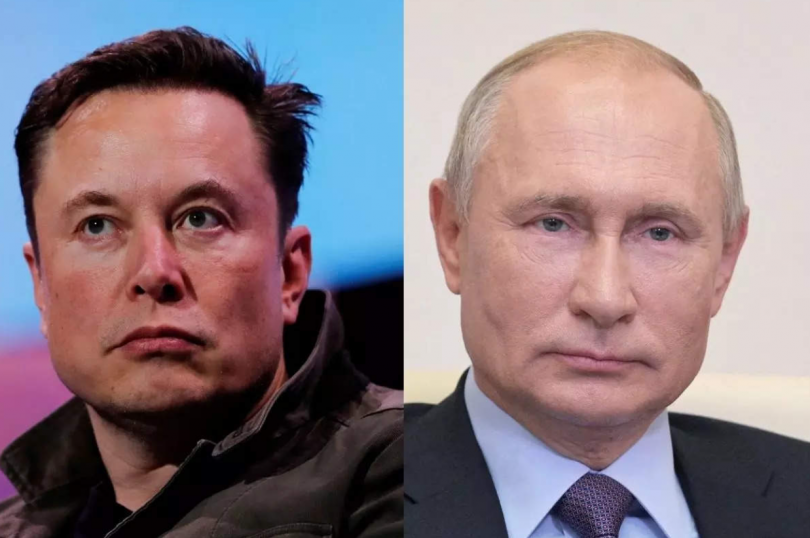 In a tweet, Elon Musk said, “I hereby challenge Vladimir Putin to single combat.” He tagged the Kremlin and asked, “Do you agree to this fight?”. He added that the stakes are Ukraine. While Russia has not responded to the billionaire’s Tweet, however, the head of the Russian Space Agency responded by calling Musk a ‘weakling’ in his Tweet in Russian.

A few days after the war commenced, Mykhailo Fedorov, the minister of digital transformation in Ukraine sought access to Starlink, the SpaceX satellite-based internet service via Twitter. This was after several parts of Ukraine witnessed power and internet outages. In his response to the minister, Musk said that the Starlink internet has been activated in Ukraine and that the terminals needed to connect to his satellites were heading to Ukraine.

Musk, the world’s richest man, had provided Ukraine with internet connectivity through his company’s Starlink satellites. He tweeted saying that ‘More terminals en route’, within hours of Ukraine’s Vice Prime Minister Mykhailo tweet and appeal for the tech billionaire to activate the internet service.

Commenting on Musk’s tweet against Putin, Mykhailo Federov tweeted saying that he was confident that Musk can send Putin to Jupiter.