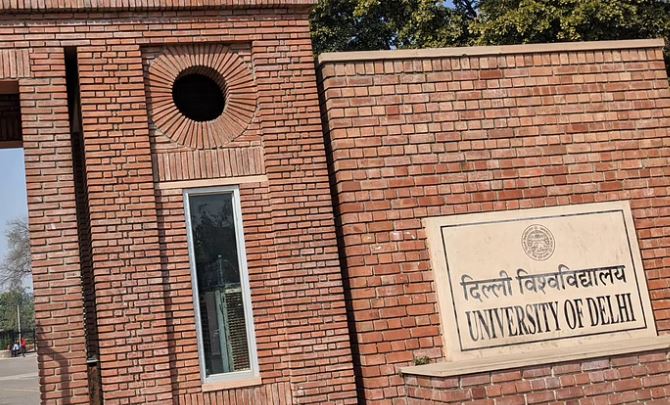 Colleges, including SRCC, Hindu, Ramjas, Hansraj and Khalsa, announced 100% cut offs for admissions to 10 undergraduate courses, while the first cut off marks for a few courses in some colleges increased by six to seven per cent as compared to last year.

Other colleges that have set a perfect score for admission are Jesus and Mary College, Deen Dayal Upadhyay College and Shaheed Sukhdev College of Business Studies.

For students who have scored more than 95% but not upto 100% mark, are looking for anticipation based on extra curricular activities (ECA) and sports quota.

SRCC has demanded cent per cent marks for admission to BA (Hons) Economics and BCom (Hons). Last year the college had pegged the cut-off for BA (Hons)Economics at 99 per cent and for BCom (Hons) at 99.50 per cent.

Last year, the cut-off for Psychology (Hons) was 99.5 per cent if the subject was not included in BFS or if a student had scored less than 85 per cent in the subject, while for the others it was 98.5 per cent. Like the past few years, BA (H) in Pol Science, Economics, English, History, Psychology, etc., have emerged as some of the most desired courses with cut-offs in the range of 96% to 100% range.

Political Science – Two most reputed colleges, Hindu and Ramjas have set the cut-offs at 100% while 19 have set their cut-offs in the subject between 98% to 100%.