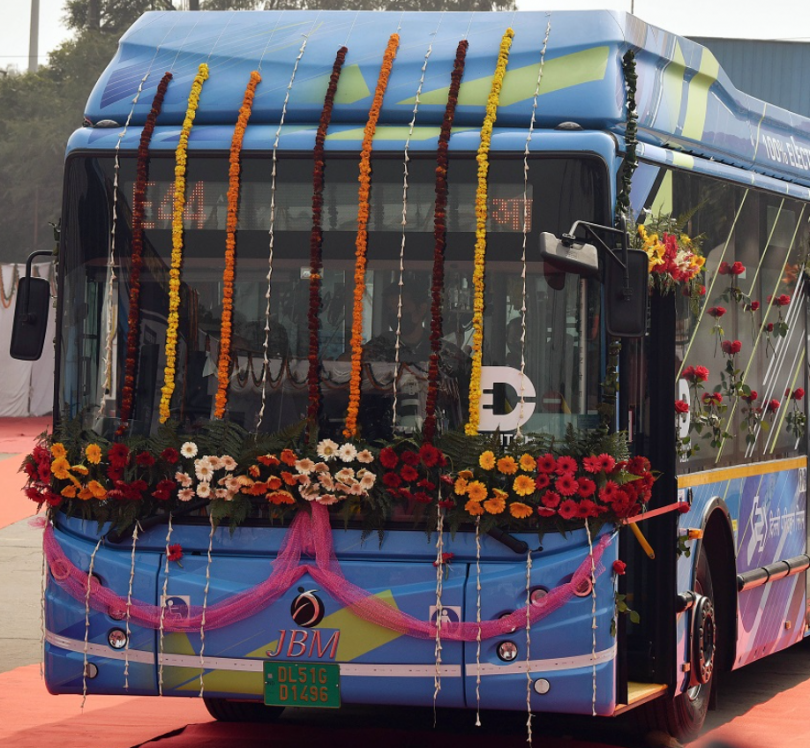 The Delhi government on Monday launched its first ever electric public transport bus that will run on a designated circular route, E-44, from the Indraprastha Depot and covering central and south Delhi locations. The 300 electric buses, after approval by the cabinet, will start arriving from October and the entire induction will be completed by next February, said Transport Minister Kailash Gahlot who chaired the board meeting.
“Along with private vehicles, we are also committed to switch public transport to electric,” Kejriwal tweeted. “Delhi will defeat pollution with the joint efforts of the people & the government. Our EV Policy will set a precedent for the world.”
The e-buses will have kneeling ramps for the disabled and elderly passengers, and special pink seats for women. Each bus will be equipped with CCTV cameras, connected to a two-way Central Command and Control Centre (CCC) at Kashmere Gate,10 panic buttons and a hooter.
Transport Minister Kailash Gahlot later said, “With the arrival of these 300 electric buses, Delhi will take its first huge leap to its dream of a fully electric public transport in the city.”