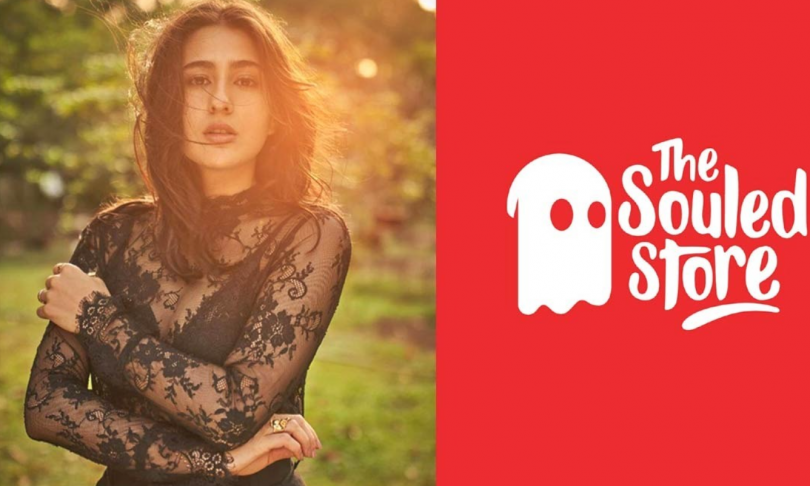 Casual wear and apparel brand The Souled Store on Monday said Bollywood actor Sara Ali Khan has invested an undisclosed amount in it. In August last year, the start-up had raised Rs 75 crore in a Series-B funding round led by Elevation Capital. On her association with the brand, Khan said that in a short span of time, The Souled Store (TSS) has carved a niche for itself in the casual wear space.
The Souled Store is India’s has merchandising partnerships with the likes of Disney, Warner Bros., WWE, IPL, Viacom18, among others. The brand’s current product portfolio includes top wear, bottom wear, inner wear and active wear for men and women. Although largely online, The Souled Store currently has five offline stores, with more in the pipeline.
“Being an ardent pop-culture lover, and a firm believer in originality and comfort being as important as fashion, I see the brand as a perfect fit to invest in. I look forward to being part of the TSS family,” she added.
Founded in 2013 by Vedang Patel, Harsh Lal, Aditya Sharma and Rohin Samtaney, The Souled Store claims to have more than 180 licenses such as Disney, Warner Bros, WWE, IPL, and Viacom18.
It claims to have introduced a series of campaigns featuring OTT and YouTube stars Ashish Chanchlani, Mithila Palkar, Ayush Mehra, Barkha Singh, Ahsaas Channa and others.
Its product portfolio includes top wear, bottom wear, innerwear and activewear for men as well as women. It further claims to have a customer base of over 4 Mn, and has an omnichannel presence with five offline stores. The Souled Store is going to deploy the capital to expand its licensed merchandise and casual wear product portfolio, expand its manufacturing capabilities, invest in marketing and offline retail presence, and hiring. It further planned to expand its retail footprint to 15 cities in India.