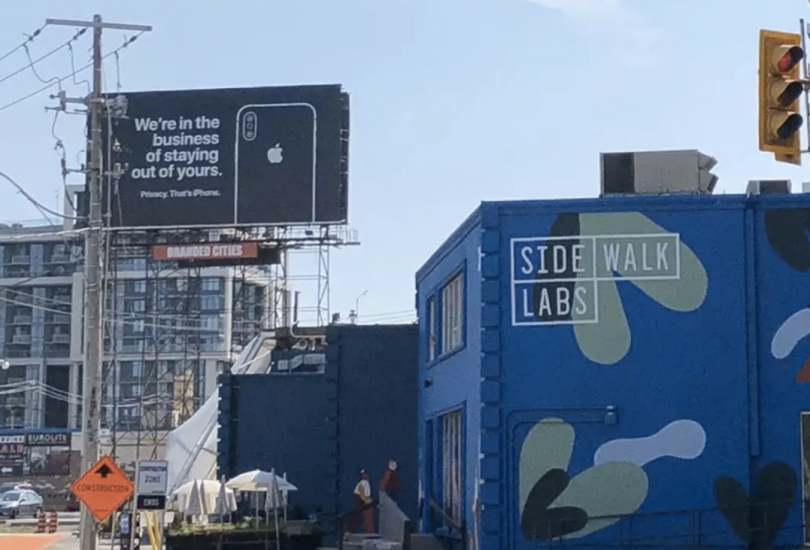 Apple and Google have frequently received attention for collecting and making money from data. “What happens on your iPhone, stays on your iPhone” was written on a banner that the iPhone manufacturer had placed near the conference entrance during CES 2019 in Las Vegas.

Right adjacent to Sidewalk Labs’ new headquarters in Toronto, Apple has now poked fun at its arch rival and Internet behemoth Google by erecting a billboard that reads, “We’re in the business of staying out of yours.” Sidewalk Labs is a division of Alphabet, which also controls Google.

Apple is attempting to boost its image by attacking Sidewalk Labs’ sister business Google, according to a report published on Sunday by MSPoweruser, rather than criticising the concept and its specifics. The new tagline for the iPhone is shown as “We’re in the business of staying out of yours. Privacy. That’s iPhone.”

Apple and Google have frequently been in the spotlight for collecting and making money from data, with privacy becoming a primary concern for all technology firms. Sidewalk Labs, a division of Google, reportedly stated unequivocally that it has its own distinct economic model and does not share any user, personal, or urban data with Google.

The advertisement showed that “Every Apple device is built from the ground up to protect your privacy and is intended to keep that information secure. Moreover, to provide you the freedom to decide with whom and what you share.”